Working in London: A survival guide

When working in London for the first time, it’s likely you’ll be one of two things: wide- and starry-eyed or absolutely petrified. Undoubtedly the best city on earth, London is also extremely busy. Figures from 2013 show that over half a million people work in Canary Wharf and the City alone – accounting for one in 100 of the UK’s total employed population. Little wonder it can seem a bit daunting.

There’s something about working in London that is unlike working anywhere else. The atmosphere is different; it’s non-stop and somehow more professional. You immediately feel part of something big and exciting. However, it comes at a cost – not everyone can handle the constant buzz of the capital. It’s important to realise that the rules are different if you want to get on and enjoy working in this incredible place.

As such, we’ve put together an essential, albeit tongue-in-cheek, survival guide to working in London. 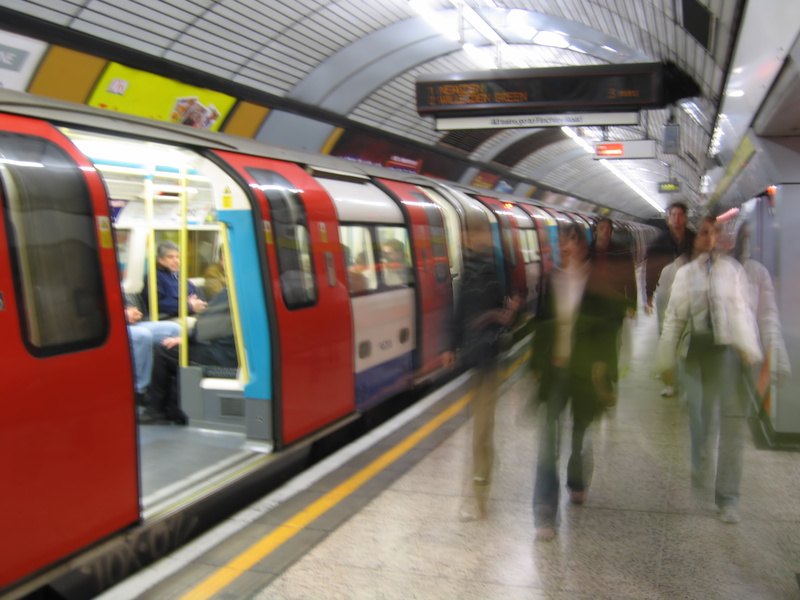 Unless you live within walking distance of your office (in which case: wow, you lucky thing!), you’re going to have to negotiate public transport. First things first, get an Oyster card – seasoned commuters never use physical cash to pay for their tube and bus journeys. It’s quicker, easier and cheaper.

Most commuters will tell you that it’s every man for himself, and to ensure you’re not that person standing unsteadily in the middle of the carriage or bus without anything to hold on to, you need to master a few things.

When it comes to trains and tubes, work out where to stand on the platform. It’s best to walk down to an end and determine where the doors will open. There’s usually a bunch of people already standing there, so follow suit. Hopefully you’ll at least be able to find something against which to lean, if not an actual seat.

Rush hour etiquette dictates you don’t do the following on public transport: talk, eat, clip your nails (yes, it has been known), nod off on a fellow passenger’s shoulder, make eye contact, invade personal space where avoidable or play your music too loud. That’s just the tip of the iceberg. Allow doors to open automatically and don’t press the button on the tube – you’ll look like a novice.

Ultimately, give yourself plenty of time; at packed peak times, you may need to let a few buses and/or trains go past before you can fit on. You may even need to know an alternate, back-up route.  And don’t wait for the escalator at the tube station – climb the stairs on the left, two at a time if you can, to appear both fit and as though you’ve been working in London for yonks.

Office culture in the capital 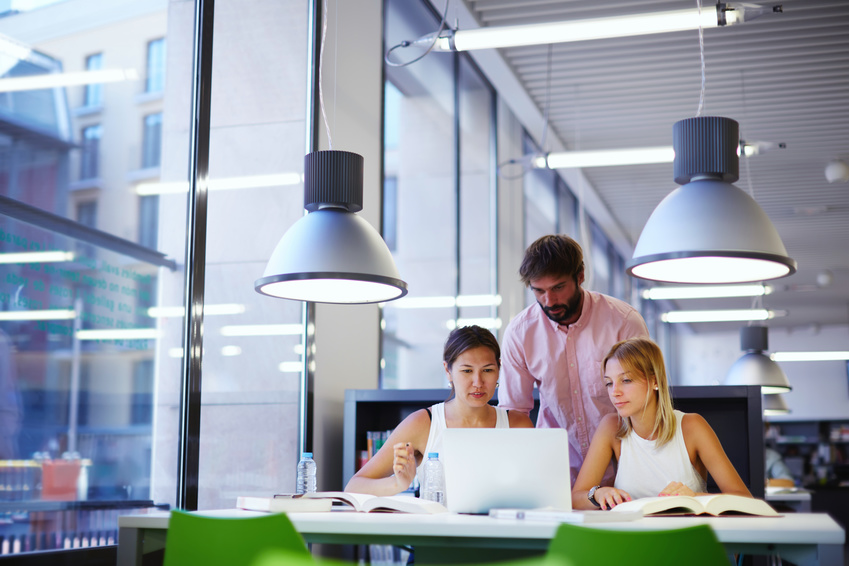 You’ve got your dream job and your colleagues are amazing – hooray! However, you might find that people are more competitive in London and that there is a long-hours culture in your office. It’s a good idea to set expectations up front. Don’t get into bad habits and stay late purely because you’re scared to be the first to leave; go when you need to. There will be times when you’ll have to stay late, but make sure not to do this too frequently. Provided you work hard during your core hours and complete the tasks in hand, you should never need to feel that pressure on your shoulders.

In fact, if you do find the pressure gets too much, don’t feel too guilty about approaching an agency about other roles. Professional London can be a cut-throat world and people make career moves which best suit them. This can mean changing jobs maybe more often that you might when working outside the capital, but that’s standard: London is a city of infinite opportunity! That’s one tip not to forget. 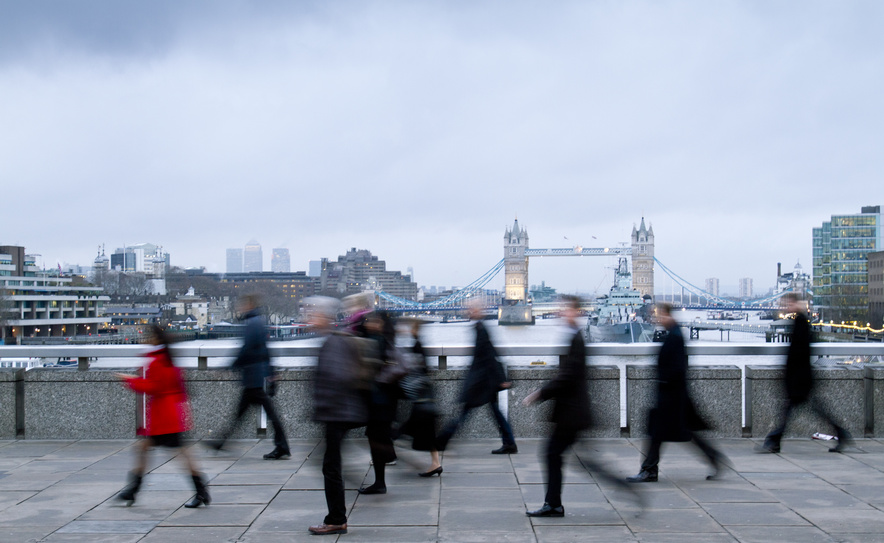 A sandwich from home? No one brings their lunch in, dahling. We buy it at one of the many well-known sandwich chains down the road (there will be several to choose from) or treat ourselves to dim sum. Though nowadays, no matter where you work, far too many of us eat at our desks, it’s beneficial to grab at least 15 minutes fresh air – even if that’s spend queuing in Pret.

Those who are new to London often spend their lunchtimes exploring the city, happily stopping to take photos for tourists outside certain landmarks. Nip this in the bud now. As per public transport, don’t make eye contact. It might seem mean, but will save you valuable time and can also be used to help you avoid chuggers (‘charity muggers’ aka those people in bibs trying to get you to sign your bank account over to Save the Owls). Failing this, pretending to blow your nose also keeps people at bay. We’re not saying become heartless and anti-social, we’re saying: find ways to spend your lunch break more efficiently.

One more thing: if you eat your lunch at your desk, never ever opt for anything fishy. You won’t be popular with your team mates, believe us. That goes for working anywhere, not just in London. 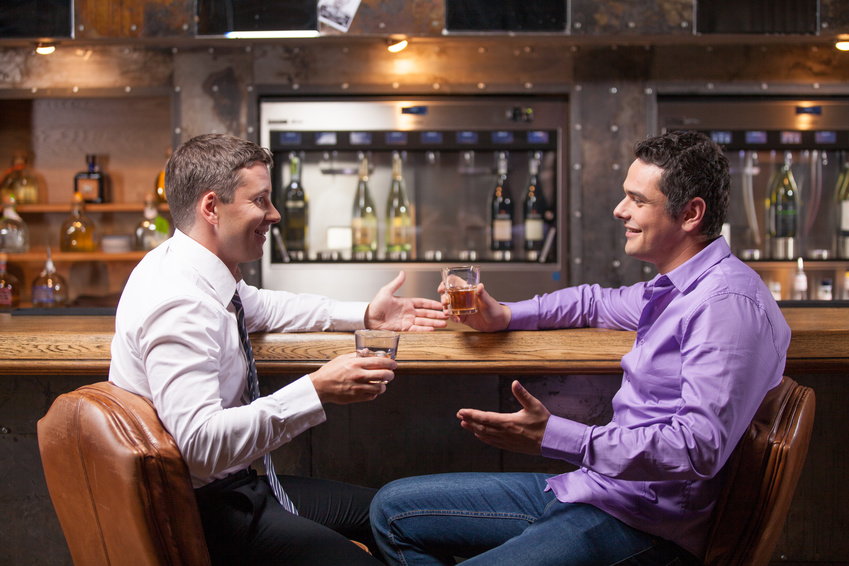 As the majority of people working in the City commute, they tend to go out on a Thursday rather than a Friday night (on Fridays they’re out with their ‘real’ friends). These drinks could be impromptu or a regular occurrence, but either way, ensure you know your train times and you won’t have an excuse not to attend.

Okay, you may not fancy a drink after a long day in the office, but it’s at the after works drinks where you’ll get to know your colleagues better and may even get the inside scoop on some interesting projects. Work is always better when you get on with the people around you, so it’s worth staying for ‘a quick one’ even though it means you’ll have to change trains at East Croydon.  It’ll make your working experience far nicer if you have friends in the office, so it’s advisable to put in the effort. Plus, London has some incredible bars to try out!

Working in London is something that everyone ought to experience in their lives, even if just for a short while. It teaches you things, makes you work differently and helps you grow. Yes, it will frustrate you, make you impatient and public transport will hurt the wallet, but it’s a vibrant and exciting city where you can progress as far as you want. If you can survive working in London, then you can survive anything.

If you’d like to see the kinds of jobs that are available right now, have a look at our Jobs page.

Next article: Top Tips For Preparing For Your Interview