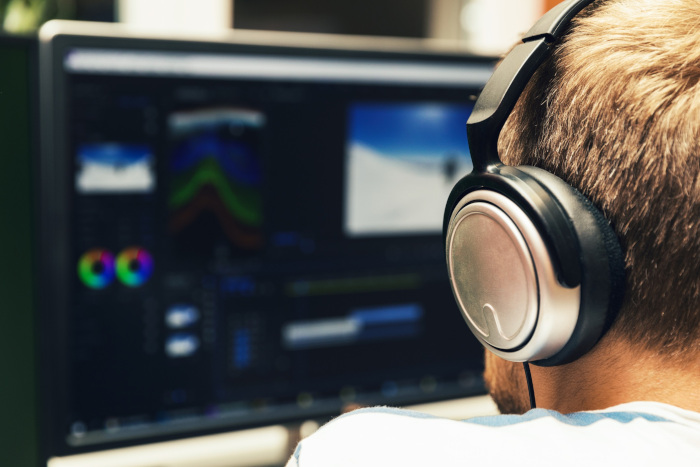 We frequently take Creative Services & Post Production briefs at Boyce Recruitment , and frequently get asked what do Post Producers do in different companies and so we decided to ask our consultants to explain what criteria they use when shortlisting candidates for these roles.

What does a typical day involve for a Post Producer ?

A Post Producer, whether it be in Advertising or Longform post, is the person who organises the project assuring that all the post production requirements (technical and creative) are adhered to, are on budget, and on time, whilst also keeping the client in the loop. The client might be a broadcaster, production company or a brand.

What do Post Producers  generally enjoy the most about their role?

Post Producers are usually very approachable and sociable people, with great administrative and organisational skills. From speaking to Post Producers, the level of responsibility and being such a central part of the process are what make the role appealing.

Whether it be long form or short form, there isn’t really a set route to becoming a Post Producer, however some companies do standardise their  routes of progression for their staff. Typically, you’d start as a runner, intern, entry level administrator or in a similar junior level position and work your way up through to Bookings or Post Coordinator, and then to Assistant/Junior Producer where you’d assist on managing projects and eventual become a Post Producer, being the main person responsible for projects or accounts.

Some people sometimes take a slightly different route. Some of the Producers we’ve worked with started in technical operations and then moved into Producing by taking a side step into Bookings. Most Edit Assistants we speak to say “The best type of Post Producer to work with, is a Producer who understands the technical process. There is nothing worse than being given a task by a Producer with an unrealistic an time window to do it in!”

How do you assess producers when they apply to you for a job in Post?

The first thing we asses is what type of Post Producer they are. As Post Producers are used across long form TV Programmes, TV Commercials, Online Advertising, Online Long form, broadcast advertising promos and Film, we need to identify exactly what kind of Producing experience the hirer is looking for and if the candidates who have applied, have the correct sector experience.

Long form TV Post Producers and TV Commercial Post Producers can’t do each other’s jobs. The workflows, typical budgets, client time, specifications & post production requirements will all be different. So, although they have the same job title, they are incredibly different jobs.

We also find that Videographers (or people who work within more than one specialist area – such as Post Producers, Editors, Directors, Camera Operators and Production Producers)  – might not be the right fit for a Post Producer only position. Companies are sometimes wary that if they hire someone who is a specialist in more than one aspect of the production process, they’ll end up not liking working in one position for extended periods of time and will inevitably leave. We do understand that might probably not be the case with most candidates, but most companies don’t really want to take the risk.  Companies are also sometimes aware that the volume of Post Producing work might be something that a “good-all-rounder” is not used to as they are so involved with all aspects of a Project’s process and a Post Producer, in this instance would solely be post producing on more than one project at one time (depending on requirement).

How do clients differentiate who they shortlist? What should candidates do to make themselves standout?

Like most other client facing roles, it is  down to experience and team fit. You can’t have one without the other in this industry! The decision won’t just be based on whether you are outgoing or a heads down personality but a hirer will also assess if you are a good team fit for the company. Let’s say we’re recruiting for a Post Producer who has to manage a very demanding, high profile luxury brand, for example, the company might end up hiring someone who doesn’t necessarily have direct experience with a similar client, but has a great track record as a Post Producer and the strengths of personality to work with such a demanding client.

The best way to stand out when you apply for roles is to start your research even before application stage. Get a solid idea of who the company is that you are applying to (if disclosed) and exactly what they are looking for. Run through that job description with a fine tooth comb and qualify your skills against their requirements. Do you tick all the boxes? Have you worked with a similar account? Do you currently work at a competitor? If all three answers are YES (or at least the answer to the first question is yes), then make sure this is highlighted in your CV. Writing a cover letter is all well and good, but your CV is the most important way of showing off your competencies.

Many candidates spend considerable time in education but don’t have professional experience. What do you think about that?

This is an incredibly tricky topic, as most roles we work on require at least 1 – 2 years industry experience. People in education are led to believe that the more qualifications they gain, the better opportunities they will have in media when they have finished their education. In Post Production, this isn’t the case. Even candidates who have completed a Masters at Uni will have to start their career as a runner (or equivalent entry level role) if they want to become a Post Producer. So, if we have a middle weight Post Producer role we are recruiting for then we would not be able to consider a recent grad with no experience.

A really good way for entry level, or in-education candidates to figure out what type of post producing they want to do, is through work experience. It’s a brilliant way to gain hands on (usually unpaid) professional experience in an established profession environment where you an shadow producers, ask lots of questions and sometimes even get a job at the end of it. Another amazing thing about work experience? You can put it on your CV! Just make sure it clearly shows it was work experience.

What’s the difference of working in Post Production in a post house, in an advertising agency and in a broadcaster?

People choose to work at Post houses because you get to work with a variety of long form clients, and sometimes get a credit at the end of a show. The pace can be very different between long from and short form, with long form being very intricate with a huge investment of time put into a series.

An advertising agency with internal post facilities works differently. As an advertising agency can facilitate more than post production, they don’t always have as much equipment as a post house would have. They can still facilitate most of it, but Post Producers might have to outsource some post production requirements to a post house, for example Audio might be outsourced to an  Audio post facility. An Advertising Agency Post Producer might also have additional responsibilities, such as production producing or Versioning Producing, but this is company specific and depends on what services are required by their client.

Producers choose to work in advertising agencies usually due to the fast pace and turn around as well as the big budgets you get to work with. I was told, a 30 second advert has near the same post production budget as a 30 min TV Programme!

In-house post facilities in a Broadcaster work slightly differently again. Similarly to agencies, a Broadcaster does more than just post production, but on a much much bigger scale. A Broadcaster will have more than one type of post-production requirement, to facilitate different types of content (ie, tv programmes, VOD, promos, versioning). Anything they can’t facilitate, is outsourced to a Broadcast Services Provider, Post house or Ad Agency.

People choose Broadcasters usually because the Broadcaster is the brand, and you get the opportunity to produce content for the company you choose to work for. Within the Promo Producing team, you also get exposed to basic editing requirements which is usually highly desirable, especially for Producers who want to be creative.

What advice would you give to a graduate who was starting out their career in a post house or advertising agency?

Our advice would be to learn as much you can in all the different areas as soon as you start, so you can start to plan out how and where you’d like to progress. If you are working in an Advertising Agency and you soon realise you’d prefer to work in Long form, don’t wait till you become a TVC Producer before you start looking for a new role in long form. Unfortunately there is no easy route to go from short form to long form as a producer. Also, don’t work for a company for the sake of it. We’ve heard of many cases where people work for companies because they think the company name will  look great on their CV, but actually they get stuck in a role for years and years because there’s no progression. We’ve also seen producers start as runners for big well known post houses, progress to bookings, then move to a different company where they knew they would have a better opportunity to become a Producer. They then move back to the big well known post house as a Producer, overtaking many of the colleagues they started with when they were runners!

What are your predictions for the future of post production?

Post Production is constantly evolving and is now relying almost solely on digital & tapeless workflows. With the introduction of VR being a serious game changer in the way we appreciate moving image, many post facilities and agencies are introducing technology that can facilitate VR clients.

More and more companies are facilitating 4K resolution, which is looking to boom in the next 5 years. Smaller post houses are facilitating more varied content across short form, long form, TV and digital, whilst bigger post house are broadening their capabilities too. Broadcast is constantly developing their in house post production facilities, with more companies building in house agencies to expand their creative capabilities, such as the installation of Flame.

Freelance recruitment has always been a common hiring strategy in the Post Production industry, with it being more noticeable in Advertising than in long form, due to the fast turnaround of projects. Long form Post houses and Broadcast Providers are more likely to hire permanent Producers, where freelance producers are incredibly common in Advertising agencies. In general, Broadcast do a lot more freelance recruitment than they used to, but on the Post Producer side it is commonly permanent.

If you would like any advice on how to improve your application process then please contact Archie.

Previous article: Media Planning: What's it all about?

Next article: 5 articles you should read.