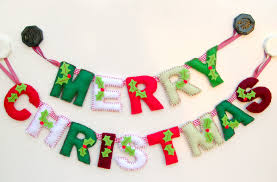 It is that festive time of year again if you hadn’t noticed, so here at Boyce we decided to celebrate in style with our age old traditions of Secret Santa, the office Quiz,  Who’s in the Bag ? and plenty of Prosecco! Coupled with an early finish, the party began in the office before we moved on to All Star Lanes in Holborn for cocktails, turkey and a battle on the bowling lanes, where some of us were definitely more practised than others!

Sparkles were the theme of the night, after we changed into our festive glamour Santa delivered the presents to the team, with each of us receiving our personalised gift, everything from a book on cheese, some glow sticks, a bottle of chilli sauce, to more traditional gifts such as candles, handbags and socks were exchanged; we were definitely in high spirits.

Once in the bar, our annual and very rowdy and VERY competitive game on the ‘Who’s in the Bag ?’ started, for those of you unaware of this household party game, we split into teams and it is a race against the egg timer to see which team can guess the most names from the description given by their team mate from the name on the card, for example: He wrote Romeo and Juliet and died a long time ago, would be of course William Shakespeare, or: He used to run the country before the current Prime Minister, of course is Gordon Brown. It sounds simple enough but when you’re against the clock and getting tongue tied it is not so simple and of course none of us wanted to be on the losing team.

After a couple more cocktails we moved on to a very rich and very tasty three course meal and of course some wine before we ‘attempted’ to knock as many pins down as possible, luckily we are all much better Recruitment Consultants than we are bowlers, although we had a lot of laughs there were minimal strikes from the Boyce team; I like to think this is because we were saving our efforts for an hour later on the dance floor, where we definitely stole the show.

There were some sore heads the next day, but we celebrated our successful year in style!

Previous article: Three in four workers "too stressed" in lead-up to festive period

by Boyce Recruitment on December 18th, 2012
posted in Uncategorized