Attractions of the London Job Market 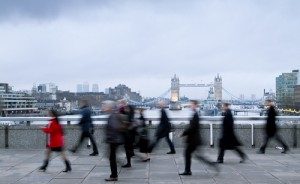 Many ambitious graduates believe that working in the London job market is the only way they will be able to realise their career ambitions,  as London offers the chance to progress far more quickly than they would in their local hometown.

Over an incredible 89% of our database comprises of candidates who have moved to London to find work at some point in their career. Why is that?

London’s importance of being a centre for international trade and development is supported by the fact that there are representatives of every industry residing in this metropolitan City. Primarily known for its Banking & Financial services offering (London has more banks than any other city in the world – over 480 overseas banks) it is also host to Media Agencies and Owners, blue chip Consultancies, Technology specialists as well as being the host to several EU organizations. The list is endless and the amount of choice and competition means that there are some fantastic opportunities to progress your career at a pace which isn’t seen in the majority of other cities.

This competitive spirit means that many firms have elected London as their European and sometimes global head Office, so they have local access to the talent they need to help them keep ahead of their competitors.  In addition, London is a major centre of higher education teaching and research. Its 43 universities generate the largest concentration of higher education in Europe and attract many individuals who seek to further their education with postgraduate studies and professional qualifications. Once these people are qualified they may have already “settled” into London living and therefore may wish to stay in the city to look for work.

Furthermore, we can’t ignore the explosive growth of the tech scene. The city has even created  its own “Silicon valley” in East London, to ensure it’s ability to attract and keep the best entrepreneurs and innovators who aspire to create  global tech brands. This will create more jobs and hopefully attract the best tech talent on this side of the globe.  Our recruiters have  personally witnessed an incredible number of digital job opportunities being offered in London, with firms seeking strong tech and digital skills.

There is no sign of this slowing down, by any means.

Working in London can be frantic, the pace and hours of work can be challenging and the commuting is difficult if you are not used to being in crowded confined spaces in rush hour, for example.  However this is completely outweighed by the wonderful diversity of history and culture that the city has to offer.   People in London are generally friendly and open to diversity so it can be much easier to “fit in” to the London lifestyle if you come from another country or city. London offers a greater opportunity to work with languages as a result of the large number of international businesses who are based here.

Although living costs are much higher than the majority of UK and European cities, salaries are also higher. As a result a large proportion of the London job market is represented by people who live in the outer regions or Home Counties where living costs are considerably lower and although their earnings may be lower than their Managers or Directors, their London income allows them to afford very comfortable accommodation.

Next article: Thousands applying for business and administration apprenticeships

by Boyce Recruitment on May 30th, 2013
posted in Advice