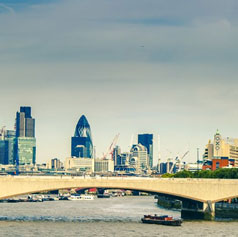 Boris Johnson has claimed that there at least 30,000 jobs available in the capital at the moment.

Responding to new figures suggesting that unemployment is on the rise in the UK, the Mayor of London urged Brits to be more energetic in their hunt for a job.

In a compelling interview with The Sun, he claimed that those with the necessary drive and determination to find job vacancies in London were likely to be successful as there were plenty of jobs about.

He said: “In this city, there are jobs going. It’s vital that Londoners have the skills and the aptitude but also the energy and the appetite for work as well.

“Let’s talk about work ethic. I don’t want to stigmatise young people because many of them do have the aptitude – but we need to face up to these issues. In some cases it can come down to the fact that the jobs are there and people need to have the energy to go and get them.”

According to The Mail Online, Johnson was also keen to praise many of the hard-working foreign immigrants living in London who had managed to find a job and keep hold of it in spite of the recession.

Previous article: Why Linked In is good and why we still need recruiters

Next article: Marketers are happiest at work

by Boyce Recruitment on January 24th, 2012
posted in Uncategorized